After a long time, I’ve decided to continue my journey with Star Wars The Old Republic, this time taking on a new storyline.

This post contains spoilers from KNIGHTS OF THE FALLEN EMPIRE: CHAPTER 1: THE HUNT

Republic Trooper [Commando / Vanguard] is my favorite amongst the playable characters in the Republic side.

After completing the storyline of the Trooper class, stopping the Rise of the Hutt Cartel I decided to have my Commando take on a new journey, this time its the KNIGHTS OF THE FALLEN EMPIRE.

I thought that the Trooper played a good role in the Knights of the Fallen Empire, being a republic soldier and all her character blend well in the storyline.

KNIGHTS OF THE FALLEN EMPIRE:

The early access release of the Knights Of The Fallen Empire was last October 20, 2015. Its the fifth installment of the game, its fifth digital expansion.

The story of the fallen empire starts by introducing the twin conquerors. Arcann and Thexan.

Together Arcann and Thexan raided both the Republic and Sith Empire. Their victory was presented to their father the Eternal Emperor, Valkorion.

Arcann and Thexan presented the lightsabers of the fallen Jedi and Sith that they have defeated. Valkorion showed dismay and turn away from his sons.

Arcann was furious and attempted to kill his father, however, Thexan interven and sadly he was killed by Arcann.

The Sith Empire and the Republic have joined their forces once again to defeat a common enemy that threatens the Galaxy.

Darth Marr and the Outlander [Commando] team up to face the threat of the Eternal Empire.

The arrival of the Outlander [Commando] represents the forces of the Republic joining the alliance of the Sith Empire.

The Outlander [Commando] is also the commander of one of the brightest and talented divisions of the Republic Military, the Havoc Squad. 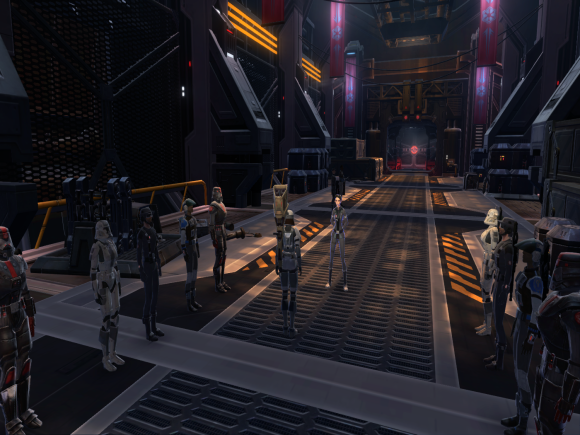 Darth Marr and the Outlander [Commando] 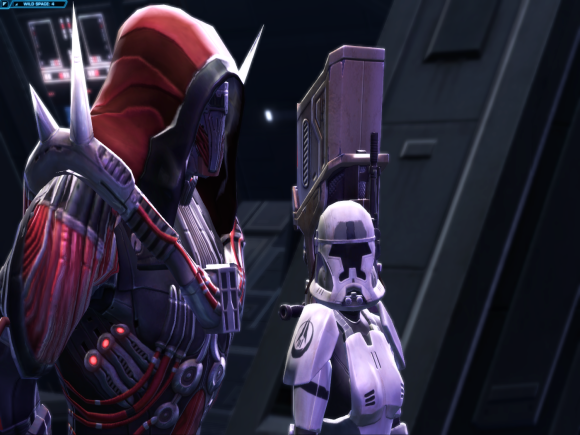 Sadly the combined forces fo the Sith Empire and the Republic is not enough to overcome the forces of the Eternal Fleet.

It was only a matter of time until the Heroes of Republic and Sith Empire falls into the hand of the Eternal Fleet – Arcann. 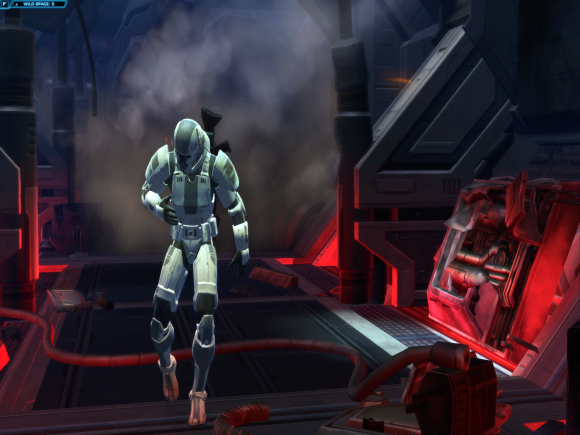 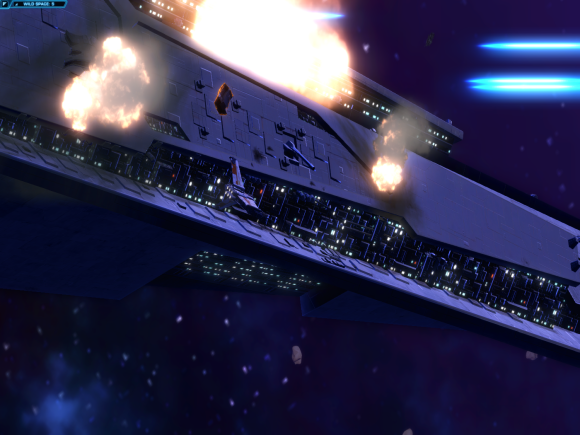 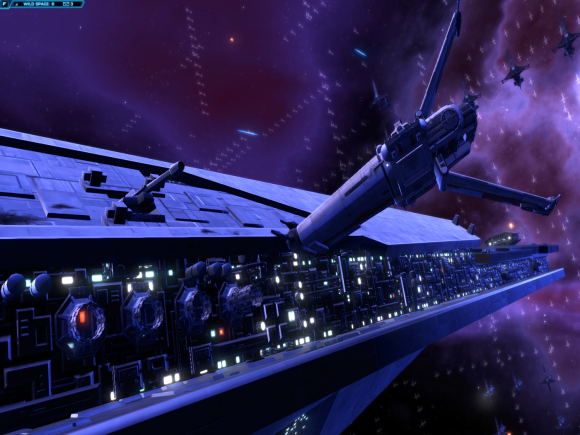 The Fall of Darth Marr and the Outlander [Commando] 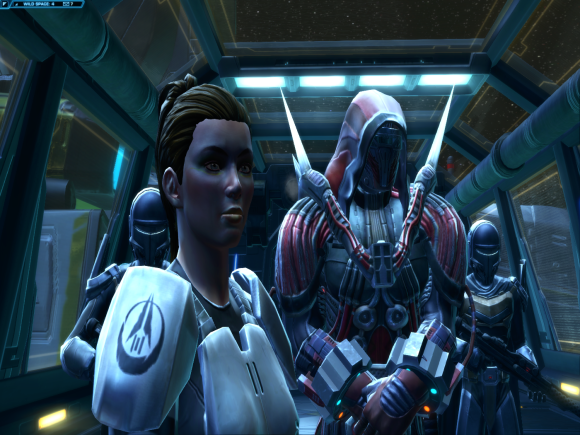 Darth Marr and the Outlander [Commando] were both captured by Arcann, now their fate rest in hands of the Eternal Emperor – Valkorion. 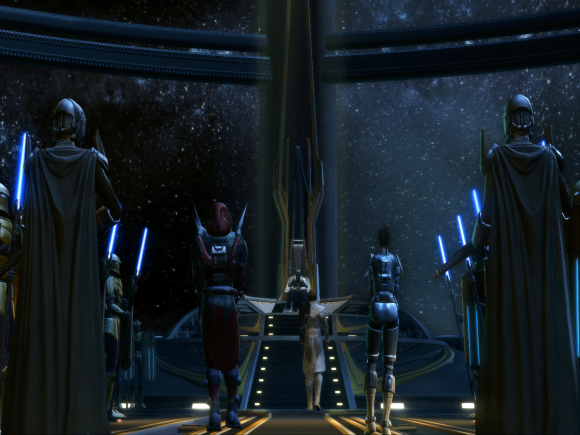 Darth Marr, on the other hand, since the presence of the Sith Emperor and quickly reveal his identity.

Darth Marr was brave enough to face his end.

I was actually surprised and at the same time, I felt sad seeing how Darth Marr character ended in a second. 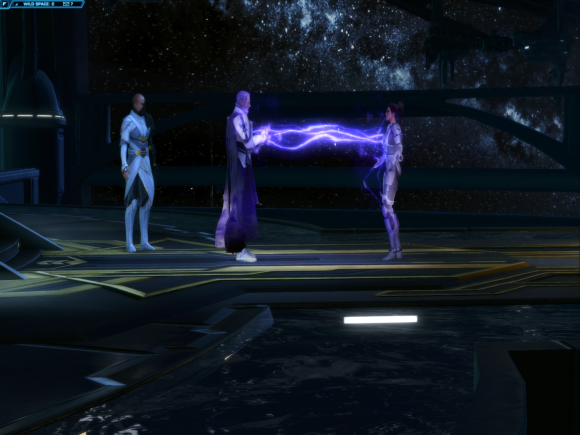 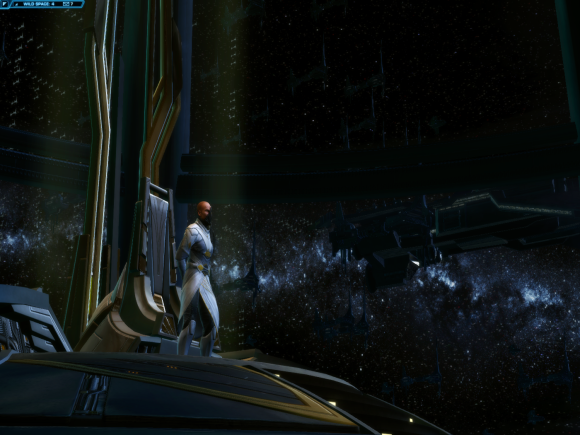 Arcann was successful, he know claim the Eternal Throne and the Outlander [Commando] was put to carbonite.

The Knights of the Eternal Throne may be the longes series of the storyline in the digital expansion of Star Wars The Old Republic that has the longest cut-scenes ever.

Kudos to the people behind the development, so far I can say that this is way better compared to the Rise of the Hutt Cartel expansion. I never expected to see Darth Marr die like that, nor I never expected for his character to end, I feel that it was so sudden and that he can do more for the Sith Empire.

I also did not expect for my character to be put in carbonite, I’ll end this post here as I continue with the storyline of the Knights of the Fallen Empire.

Hi, Thank you for visiting my blog, do not forget to follow and subscribe. Also I’d like to ask a small favor in helping me in terms of maintaining this site, it will only take a few minutes of your time and your donation is highly appreciated. With it I’ll be able to keep blogging in this space and earn extra that will help me in my daily needs. Thank you and you have a wonderful day.

Ruzzel is a Filipino blogger living in Manila Philippines

He believes that "Travel is the only thing that you buy that makes you richer" .